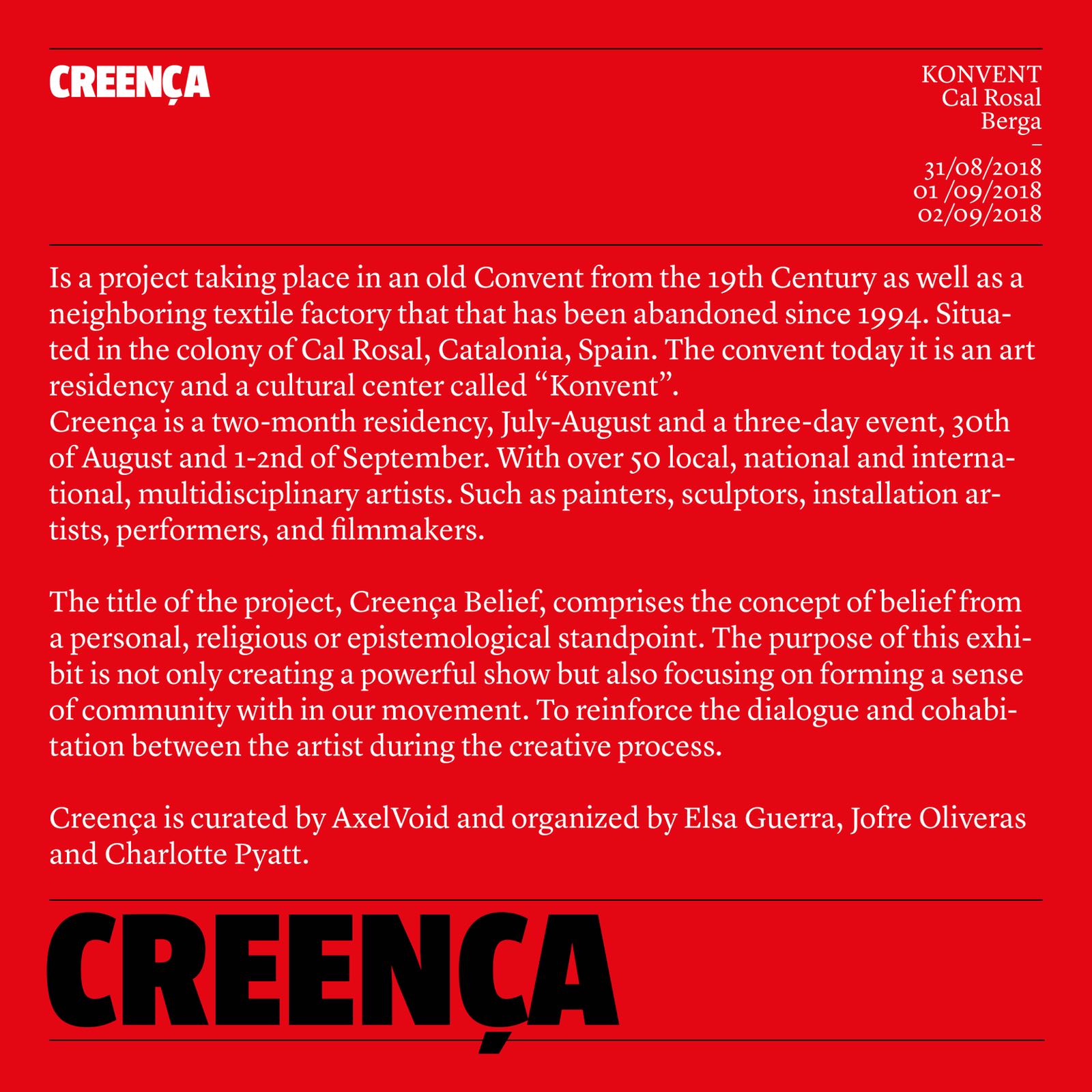 Event: CREENÇA
Location Cal Rosal (Berguedà) Catalonia  at Konvent
Dates 2 month Residency July and August
Opening 31st August 1st and 2nd of September
Creença is a two-month residency hosting over 50 local, national and international, multidisciplinary artists in Catalonia, Spain. Taking place in an old Convent from the 19th Century, the space today is run as an art residency and a cultural center called “Konvent”.
Initiated by Void Projects; painters, sculptors, installation artists, performers, and filmmakers will visit throughout July and August 2018 to create site specific installations and original works in situ to culminate in a three-day even from 30th of August and 1-2nd of September featuring theatre, talks and live music.
Creença (Belief) comprises the concept of belief from a personal, religious or epistemological standpoint; questioning the line between belief and knowledge and proposing different relative perspectives. Embracing the social conventions and rituals of religion while avoiding the dogmatic belief. Creença invites the artist to address and interpret the themes from their own relative perspective.
Creença, intends to foster a sense of community within our movement and reinforce the ideology of dialogue and cohabitation between artists during the creative process. Searching together for a commonplace between tradition and progressive thoughts
Creença is curated by Axel Void and organized by Elsa Guerra, Jofre Oliveras and Charlotte Pyatt.

Is a project taking place in an old Convent from the 19th Century as well as a neighboring textile factory that that has been abandoned since 1994. Situated in the colony of Cal Rosal, Catalonia, Spain. The convent today it is an art residency and a cultural center called “Konvent”.

Creença is a two-month residency, July-August and a three-day event, 30th of August and 1-2nd of September. With over 50 local, national and international, multidisciplinary artists. Such as painters, sculptors, installation artists, performers, and filmmakers.

The title of the project, Creença Belief, comprises the concept of belief from a personal, religious or epistemological standpoint. The purpose of this exhibit is not only creating a powerful show but also focusing on forming a sense of community with in our movement. To reinforce the dialogue and cohabitation between the artist during the creative process.

Creença is curated by AxelVoid and organized by Elsa Guerra, Jofre Oliveras and Charlotte Pyatt.

CREENÇA: AN ART RESIDENCY CURATED BY AXEL VOID IN CATALONIA

This Abandoned Spanish Convent Is Filled with Impactful Artworks 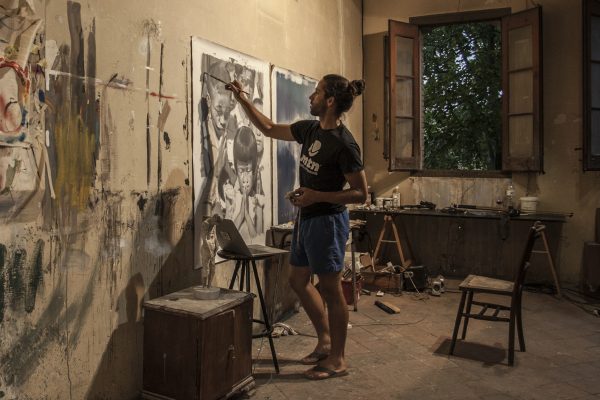