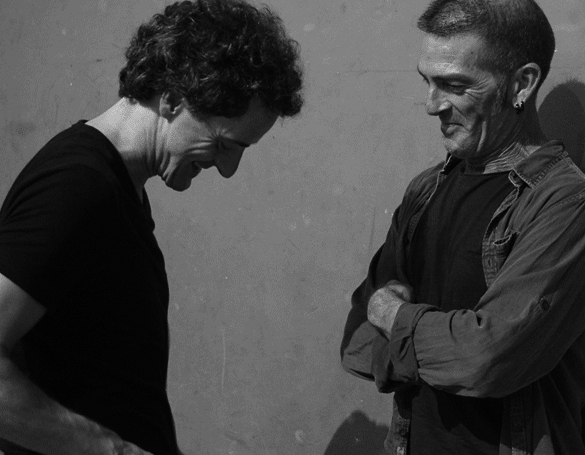 Harkaitz Martinez de San Vicente
He has been a Txalapartari (txalaparta player) since the age of 12. He established himself as a professional with the music he created for Nomadak TX. He played with Kepa Junkera for ten years and is now creating with Igor Otxoa Oreka tx
He has taken part in concerts all over the world with musicians such as Pat Metheny, Dulces Pontes, Maria del Mar Bonet, Phil Cunninghan, Carlos Nuñez and Taraf de Haidouks.

Javier Olaizola
He began playing the txalaparta in 1981 at the Hernani school directed by Juan Mari Beltran. In 1985 he created STRONK TX, a txalaparta school based on improvisation and intuition. He worked for 8 years as scenographer and musician with Maite Agirre (actress and theatre director). He has performed txalaparta concerts all over Spain as well as in France, Italy, Mozambique and Malaysia.