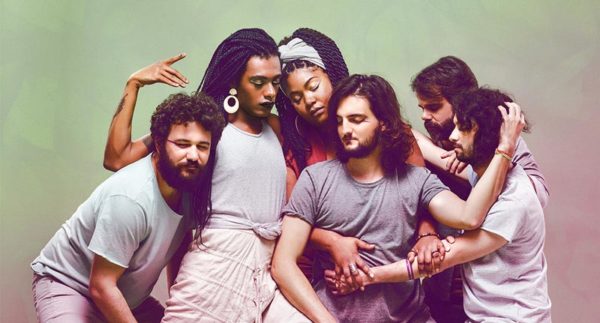 Their goal is to translate black soul music into contemporary Brazilian language, with their own compositions focused on the relationships between people and the world. Formed in the Sao Paolo city of Araraquara around the androgynous voice of Liniker – yes, in honour of English footballer Gary Lineker -, they define their proposal as “MPB”, which, in their case, do not refer to Brazilian popular music but Brazilian pre-music (black Brazilian music). After opening 2015 with EP Cru, in 2016 they released their first LP Remonta (2016). Last March, they released a new album Goela Abaixo (2019) in which we can feel the maturity of the band exploring Central American, North-East African and Caribbean influences, as a result of having traveled around the world.