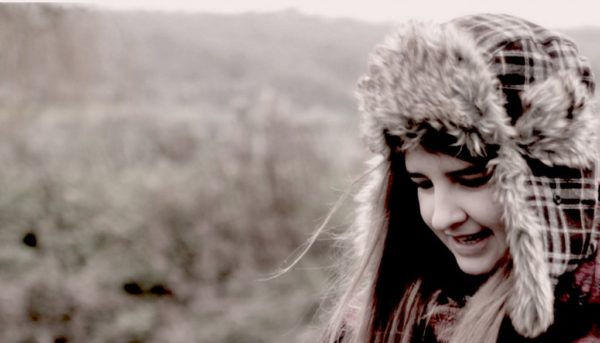 Leonie Evans was born & raised on the edge of South East London & Kent.

She’s a multi instrumentalist, singer songwriter and occasional session vocalist, teacher & event organiser who has been performing since the age of 5 & has never stopped.

Rather than embarking on a conventionally “successful” album/tour/album/tour/… career as someone with such a rare voice, writing talent and stage presence so effortlessly could, Leonie Evans has chosen to do something much more interesting and fun.

​Her output to date has included two exquisite albums of dreamy, jazzy, unclassifiable song craft as part of the Bristol-based quartet Rae, plus a handful of small runs of homemade CDs she’s sold along the way of her endless, meandering tour of everywhere (in recent years, she’s been engaged in something like a micro scale version of Bob Dylan’s “Never Ending Tour”, living a largely itinerant life from gig to gig, travelling around Britain and Europe with occasional excursions to Japan and the USA).

But what sets her apart from just a discography & list of
tour dates are the countless guest vocals,collaborations, DIY video sessions, sITTING IN ON the streets and jazz clubs of New Orleans, spontaneous jams at parties and festivals and, perhaps most precious of all, the sprawling web of connections growing between Leonie and her ever-expanding family of musical sisters and brothers.

She lives for, and is fully immersed in her music, and her inherently cooperative, rather than competitive, spirit means fruitful new connections are continually being made.

sees the perfect execution of a wonderfully spontaneous Leonie Evans kind of idea. One day she decided she was going to travel around England with her guitar & rucksack, visiting some of her favourite bands & recording a single song with each. So she did. 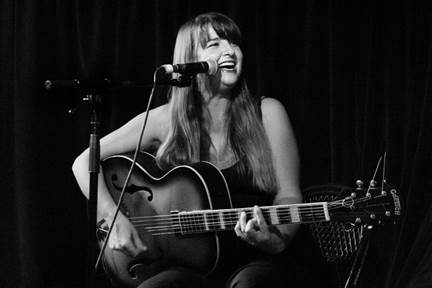 Each band complement Leonie in a different way, but her singular talent & musical identity provide a striking sense of consistency & wholeness to the record.

As well as the Spanish vocals, she sings “Kagayaku” in Japanese. The song had emerged when Leonie first had a go on a koto while alone in Yoshino’s flat, a typical day in her kaleidoscopic musical timeline.

The speed with which this album came together is a testament to the fact that anyone who gets to know Leonie musically would happily drop  everything & head straight to the studio if asked to take part in something like this. The ease with which it was crowdfunded shows the extent to which the underground through which she moves loves & supports her in her ongoing journey.

Only one of the songs wasn’t composed by her, BUT BY liam Magill, singer/songwriter/guitarist of Canterbury’s magnificent future-psych quartet Syd Arthur provided “Trials & Tribulations”.  It’s also the
only song on the album to contain programmed elements, & the resulting sonic contrast with Leonie’s musical rootedness in jazz and blues almost creates a sense of her multidirectional talents echoing back from what’s sure to be a dazzling & well-travelled future. –

Written by Matthew Watkins go HERE to find out more about him..

collaborations vol.2 is well on its way to being released in spring 2020 (date tba) as well as a new jazz album with the blue mockingbirds.