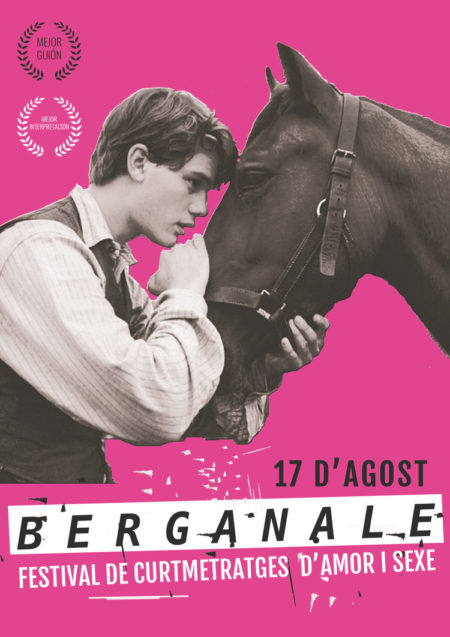 Berganale is a jaunty and intimate short-film festival linked to konventzero. Open to international proposals, we’re especially interested in showing pieces that have been overlooked by the festival circuit and that stand out for their quality and innovation, whether it be in form or content or both. We like risk, irony, subversion, madness… We want to find new ways to explain and share human relationships through films accompanied by their directors.

– Short films produced in any country with the theme of “Love and Sex” may be presented, especially those that show a broader view of affective relationships that are far removed from the stereotypes usually seen in film.

– Short films must have a maximum duration of 30 minutes.

– If the original version of the film is neither in Catalan nor Spanish, then the film must include subtitles in one or both of these languages.

– Short films must be sent via e-mail with the subject: BERGANALE2019 to berganale@gmail.com. Download links will not be accepted, only links to Youtube or Vimeo.

– The Konvent team will select one of the participating film-makers and award them with a one month long residency in which to write a new screenplay in addition to the co-production in the shooting of the film at the Konvent and surrounding locations from 2020 onwards.

Organized by:
The Berganale team is comprised of representatives of Konvent and other professionals of the film industry.